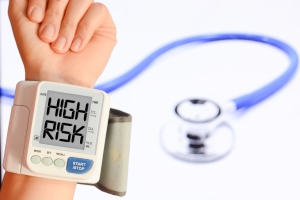 Advocates of screening athletes for cardiac conditions claim that “screening saves lives”. Research is showing that this approach may actually be flawed, and that screening might be doing more harm than good. I tend to agree.

An article in the Guardian by Nicola Davis (April 2016) summarises very nicely the inadequacies with pre-participation screening programs for athletes and the research gaps that sit behind them. Davis draws on the work of a group of Belgian researchers, published in the British Medical Journal, ‘Harms and benefits of screening young people to prevent sudden cardiac death’.

Pre-participation screening for competitive athletes is acceptable practice in some countries and is recommended by a number of sports organisations and governing bodies, including the International Olympic Committee. Screening can entail an assessment of personal and family history, physical examinations and/or electrocardiograms (ECGs).

Italy has been paving the way for mandatory pre-participation screening for young non-elite athletes since the late 1970s, with a seminal paper in 2006 purporting its benefits. Today, Italians are not eligible for competitive sports until their cardiovascular health has been confirmed. However, questions regarding the validity of the Italian study have been raised, and remain unanswered, as discussed by Dr Thompson in the highly regarded journal, Circulation. Interestingly, the Netherlands abandoned its mandatory screening program in 1984, due to “the poor diagnostic performance of screening tests”. Great Britain undertook screening of its elite Olympic athletes prior to the London Olympics, and while a couple of athletes were diagnosed ‘at risk’ apparently no one was excluded from competition. Free screening promotions targeting young people 14 to 18 years old are not uncommon in the United States and the United Kingdom, typically “looking for signs of hypertrophic cardiomyopathy, or HCM, an inherited condition that is the number-one cause of sudden death among young people under age 30”.

Screening will increase the number of athletes falsely diagnosed with disease.

This can result in unnecessary medical treatment, disqualification from competition, and loss of contracts or sponsorship which will have lasting impacts on an athlete.

Screening will increase the number of athletes correctly diagnosed with real disease who may never be destined to experience a cardiac event.

Once doctors find abnormalities, they are obligated to perform additional tests and procedures, which may result in overly aggressive or inappropriate treatment. According to Nicola Davis, “An athlete would otherwise live a normal life if their cardiac disease is left undetected”, and can be put under considerable distress.

Disqualifying athletes simply on the basis of a diagnosis is inappropriate.

Assessing the risk of an adverse event occurring in an individual with cardiac illness and being able to tell whether they are likely to experience a cardiac arrest is not straightforward. Put simply, disqualification may not be the best remedy.

Most individuals with HCM do not die suddenly during physical activity.

As an athlete with hypertrophic cardiomyopathy, I find the threat of disqualification from competition a real deterrent to screening and an unfair imposition on a person with a medical condition. I am a firm believer in the principle of Olympism (as outlined in the International Olympic Committee Charter) and I regard sport participation as the right of every individual. I don’t agree with recommendations that impose restrictions on sport participation for people like me with hypertrophic cardiomyopathy. I really think it should be up to the affected individuals to decide this, once fully informed and able to assess the risks for themselves.

My own diagnosis was not made through any screening process but prompted by presenting symptoms (a history of fainting). That said, although there are purportedly around 1% of young athletes with unrecognised or asymptomatic heart disease, I do not support the cardiac screening of athletes. While advocates for screening emphasise that “screening saves lives”, they don’t properly address the impact of a cardiac diagnosis on a young person. 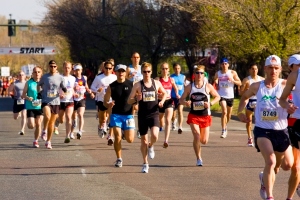 Apart from the problems highlighted above, the following issues are also significant to a ‘diagnosis by screening’. Yet, they are rarely if ever discussed in the literature.

A positive test result for a “life-threatening medical condition” doesn’t give you much hope in the health insurance stakes (and don’t even think about qualifying for a life insurance policy).

I think it is terribly negligent of health care professionals and sports governing bodies to offer cardiac screening to individuals without flagging the implications of a positive result.

Athletes can experience significant emotional and mental wellbeing issues as a consequence of disqualification from sport, which invariably impacts their lifestyle and career choices. Sport participation can actually be better than no sport at all, even in the presence of a cardiac problem.

The athlete’s voice should count

” … making decisions affecting their future athletic careers through mandatory exclusion is paternalistic and such decisions are not rightfully within the domain of medicine.”

This is the real issue for me when it comes to screening — the athlete’s voice too often gets lost in discussions of diagnosis and intervention.

“There is a push for a system which involves screening and mandatory exclusion from sports participation of those at risk … while screening can provide useful information to at-risk athletes, making decisions affecting their future athletic careers through mandatory exclusion is paternalistic and such decisions are not rightfully within the domain of medicine.”  — Clearing House for Sport reporting on research published in the British Journal of Sports Medicine

Pre-screening counselling on all of the above issues should be mandatory in the context of cardiac screening. Having a conversation with an athlete and getting him/her to consider the repercussions should screening flag a cardiac problem must be a critical part of the screening process. I believe it amounts to neglect if these issues are not touched upon when offering cardiac screening to athletes.

While there may be a time and a place for screening, I strongly urge any young person who is encouraged to undergo cardiac screening in the absence of symptoms to consider the impact of a cardiac diagnosis on your lifestyle and future sports participation.

Do give serious consideration to postponing screening until you have a valid health insurance policy in place.